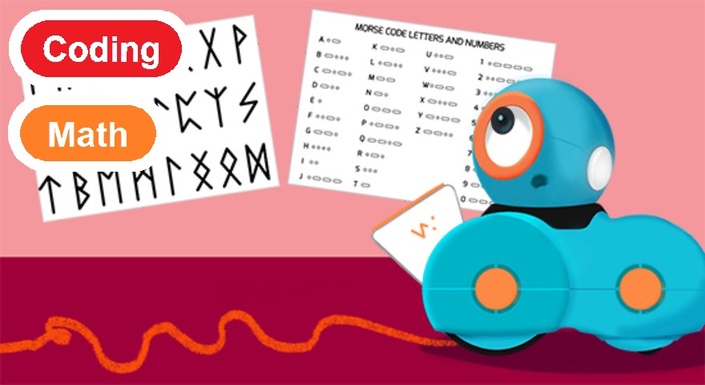 One of Dash’s heroes is a man named Alan Turing, a British computer scientist who helped the Allies win World War II by breaking secret codes sent by the Germans. Dash enjoys paying tribute to Turing by designing unbreakable secret codes. In this lesson, students will create a coded alphabet system and then program Dash to use the Sketch Kit to write out secret messages to their classmates.